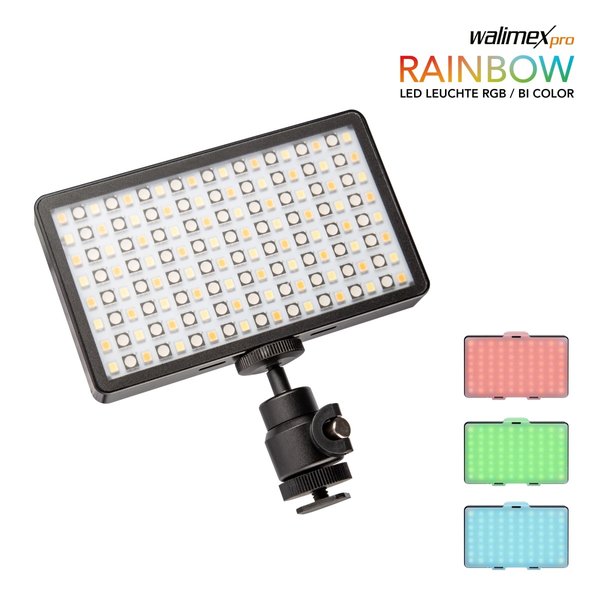 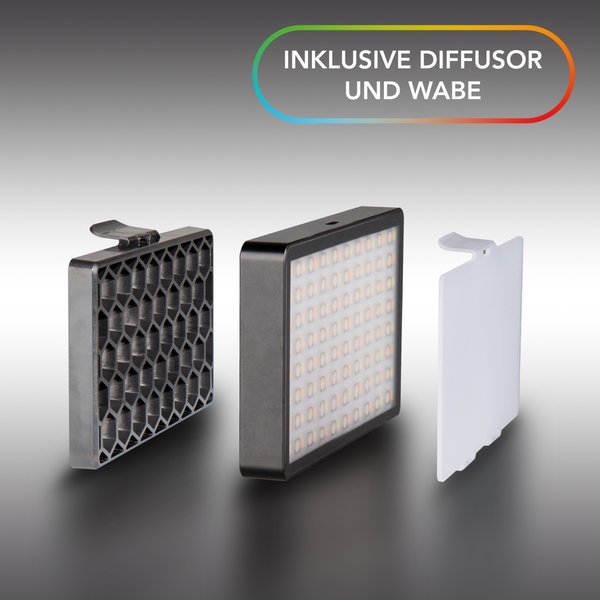 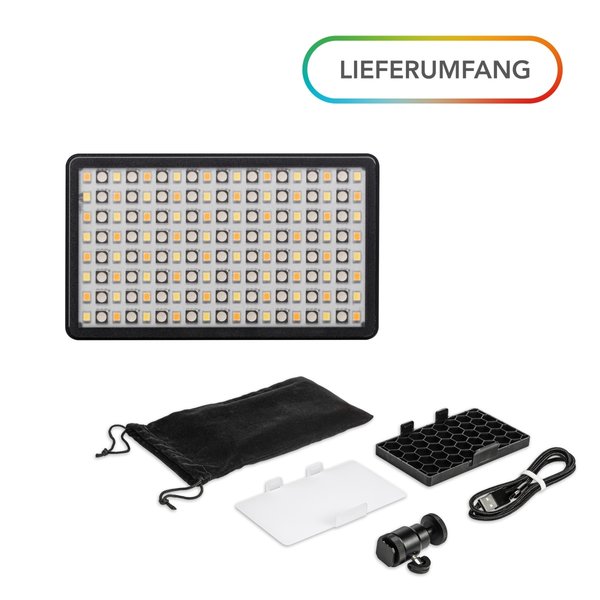 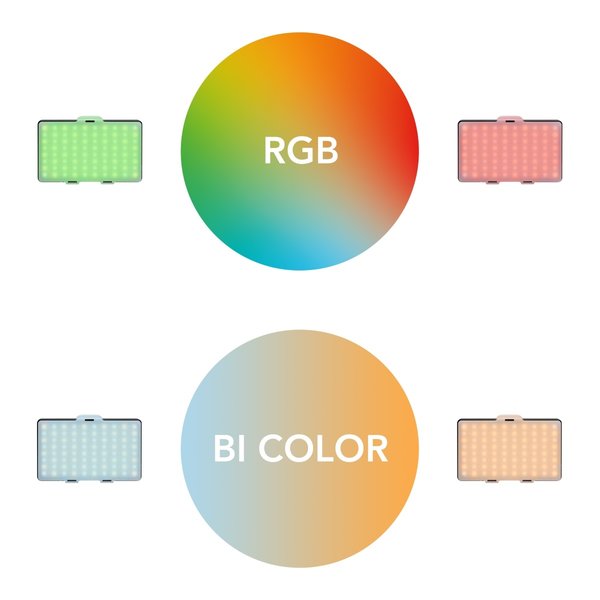 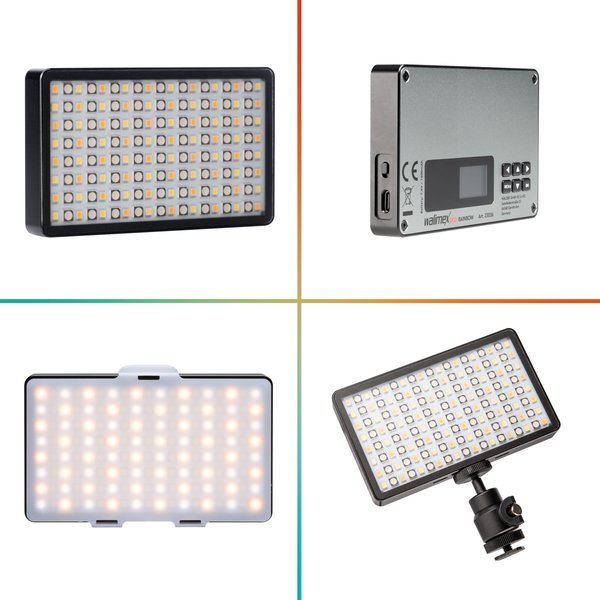 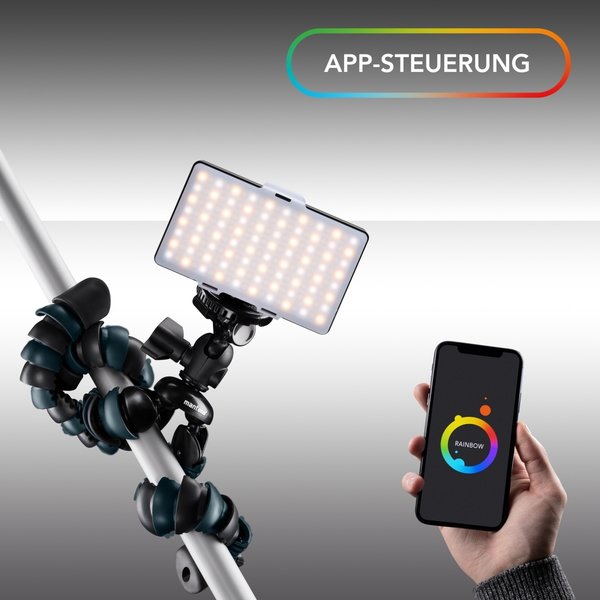 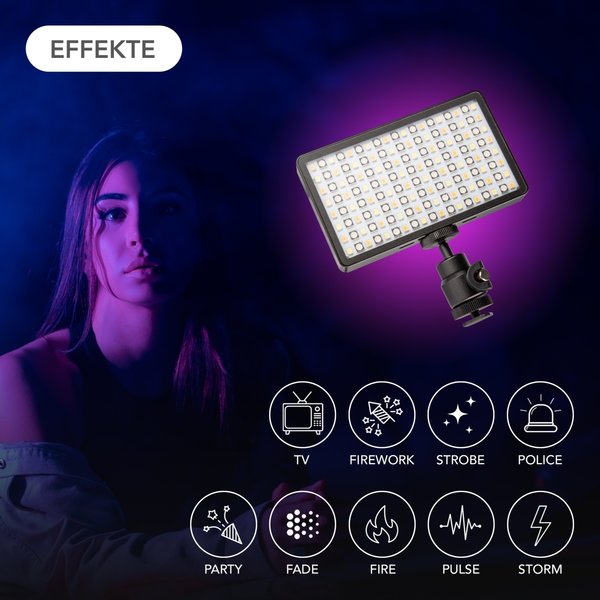 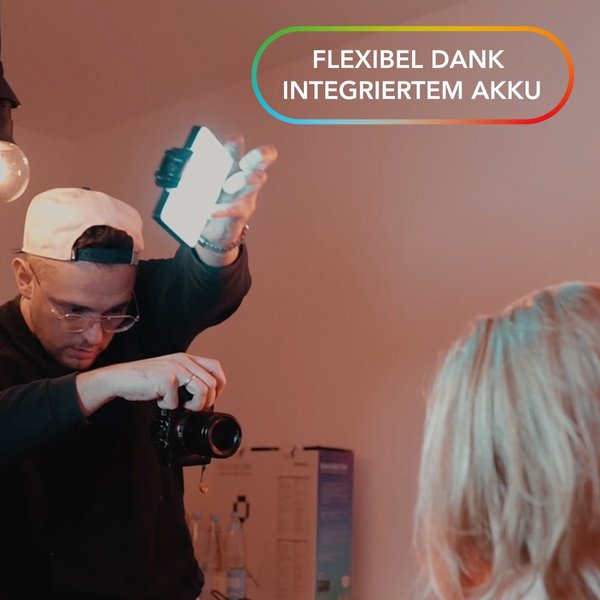 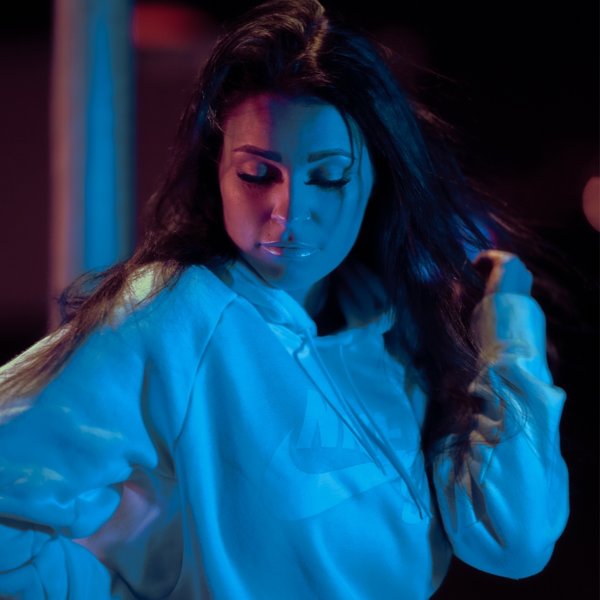 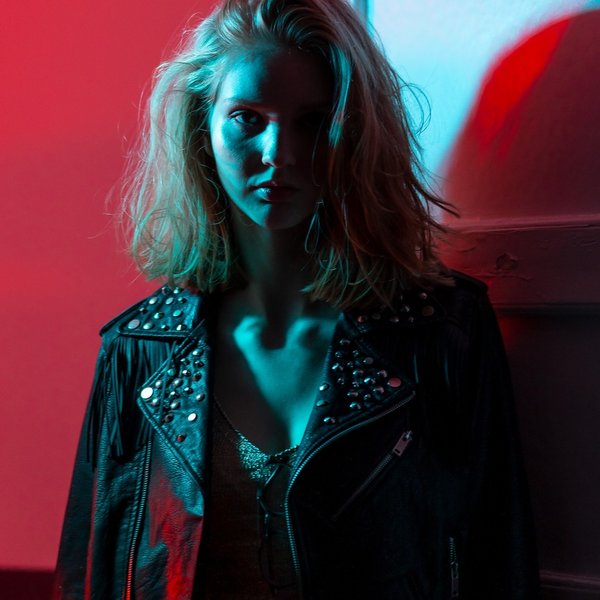 The Walimex pro Rainbow Pocket LED-RGB provides every visible colour for your photo or video shoot, additionally cool or warm white light. Choose from 360 colour nuances and dim them between 10 and 100 percent.

Set colourful accents - completely without colour gels!
The Walimex pro Rainbow LED square lamp provides every visible colour for your photo or video shoot, additionally white light between 3,200 and 9,999 K. With this, you are provided with any desired white light and any desired colour in freely selectable intensity and brightness. In RGBW dimming mode, you can individually adjust red, green, blue and white from 0 to 255 each, allowing over 4.22 billion combinations. In Hue / Saturation / Intensity mode, you can choose from 360 shades of colour on the colour wheel, plus saturation between 0 and 100% and brightness between 20 and 100%, resulting in 2.88 million combinations.

Classic white light from warm to cold included
In bi-color mode, you can regulate the white light LEDs in steps of 100 K between 3,200 and 9,999 degrees Kelvin. Use the luminaire as a classic bi-color luminaire for scenes where you need white light. Thanks to the wide range of mixing options, you can also add slight nuances of colour to the white light without having to dig deep into the colour pots. Thanks to a colour rendering index of over 95 Ra, the light is of the highest quality and is also flicker-free, allowing you to work with film and video cameras even at high frame rates.

Independent thanks to battery dock
Thanks to the battery dock for V-Mount batteries, you are completely free to choose your photo and film set. Work in the studio or on location and use the Rainbow LED RGB Square Lamp also outdoors without restrictions. One battery charge is enough for hours of continuous operation. In the studio you can use the included power supply and work for an unlimited time. Matching batteries can be ordered as separate accessories under article numbers 23038 and 23040, a charger under 23039.

Completely remote controllable via App and DMX
With the free "Rainbow LED" app for Android and iOS, you can control one or more luminaires conveniently and intuitively via Bluetooth. Connecting the luminaire is quick and easy. Assign the luminaire to a group that you can control globally or operate it individually. All colours and effects are freely available to you, as are switching on and off. Preferred colour settings can be stored in the app as presets. The app also allows you to control the light to music on your smartphone or via the microphone. The colours pulsate to the beat of the music or to what the microphone detects. You can also integrate the luminaire into your DMX universe (DMX 512) and control it via 4 channels.

Effects on board
You can select various colour and lighting effects on the device itself: Colour gradients for soft fade-in, fade-out or cross-fading, stroboscopic effects for coloured or white flashes, and pulse effects with colour changes at full brightness. In addition, there are pre-programmed effects, from a flickering fireplace via a roaring party to a police car. Use these effects for film and video recordings or for events. The effects can be easily accessed and controlled via app. Via DMX you can simulate these and other effects yourself. 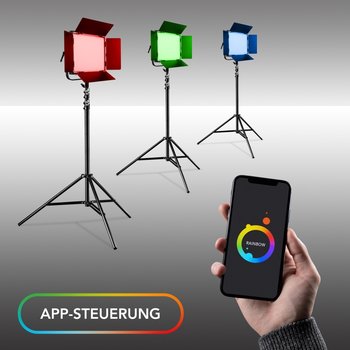 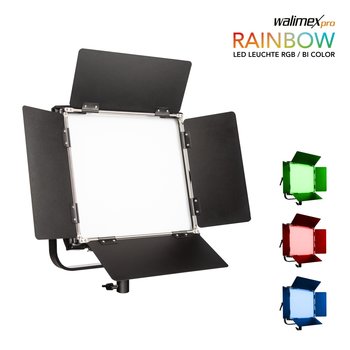